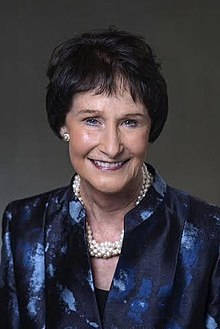 Sharon Bulova is honored to serve her third term as Chairman of the Fairfax County Board of Supervisors. She was first elected Chairman in a special election in 2009, and previously served as the Braddock District Supervisor from 1988-2009. Chairman Bulova’s motto as an elected official is, “An informed and engaged community is a well-served constituency.”

She is a founder of the Virginia Railway Express (VRE), Faith Communities in Action, Communities of Trust, Diversion First, and the Ad Hoc Police Practices Review Commission. She recently chaired MWCOG’s Metro Strategy Group and was instrumental in helping to bring Metro’s Silver Line to Fairfax County. A Northern Virginia resident since 1966, Sharon lives in Fairfax with her husband Lou DeFalaise. Together, they have four adult children and seven grandchildren.