The day started out with a late breakfast at O-Hill where we waited in anticipation for our Senate Simulation. After a week of preparation, including creating a senator background report, two proposed bills, and getting into the character of our assigned senators, we were all ready to debate, discuss, and compromise.

When we arrived at New Cabell Hall, the general procedures and guidelines of the mock General Assembly were introduced to us. Students split into their respective party caucuses to discuss strategy and party platform, and elect party leaders and positions. Following that students split into one of three committees, including Redistribution, Regulation, and Government Services. In their committees, Democrats and Republicans represented their senator's goals and debated proposed legislation. Additionally, we questioned the bill patrons, proposed amendments, and voted on the legislation in order to reach a simple majority. Next, we met with our respective caucuses to debrief on the proceedings of our convention. In the next phase of open debate on the Senate floor, there were some unexpected moments. Specifically, when a student called for an Absence of a Quorum, and a group of unnamed senators walked out of proceedings. The legislation was either passed, failed, vetoed, or overturned.

By the end of this simulation, we learned the importance of bipartisanship in order to accomplish our goals. Because the Republicans were in the minority in the committees, we had to compromise and alter our bills in order to get a majority vote. We also learned how even the smallest vote can make a huge difference and that it is important to research who you are voting for because not all of them vote along party lines. 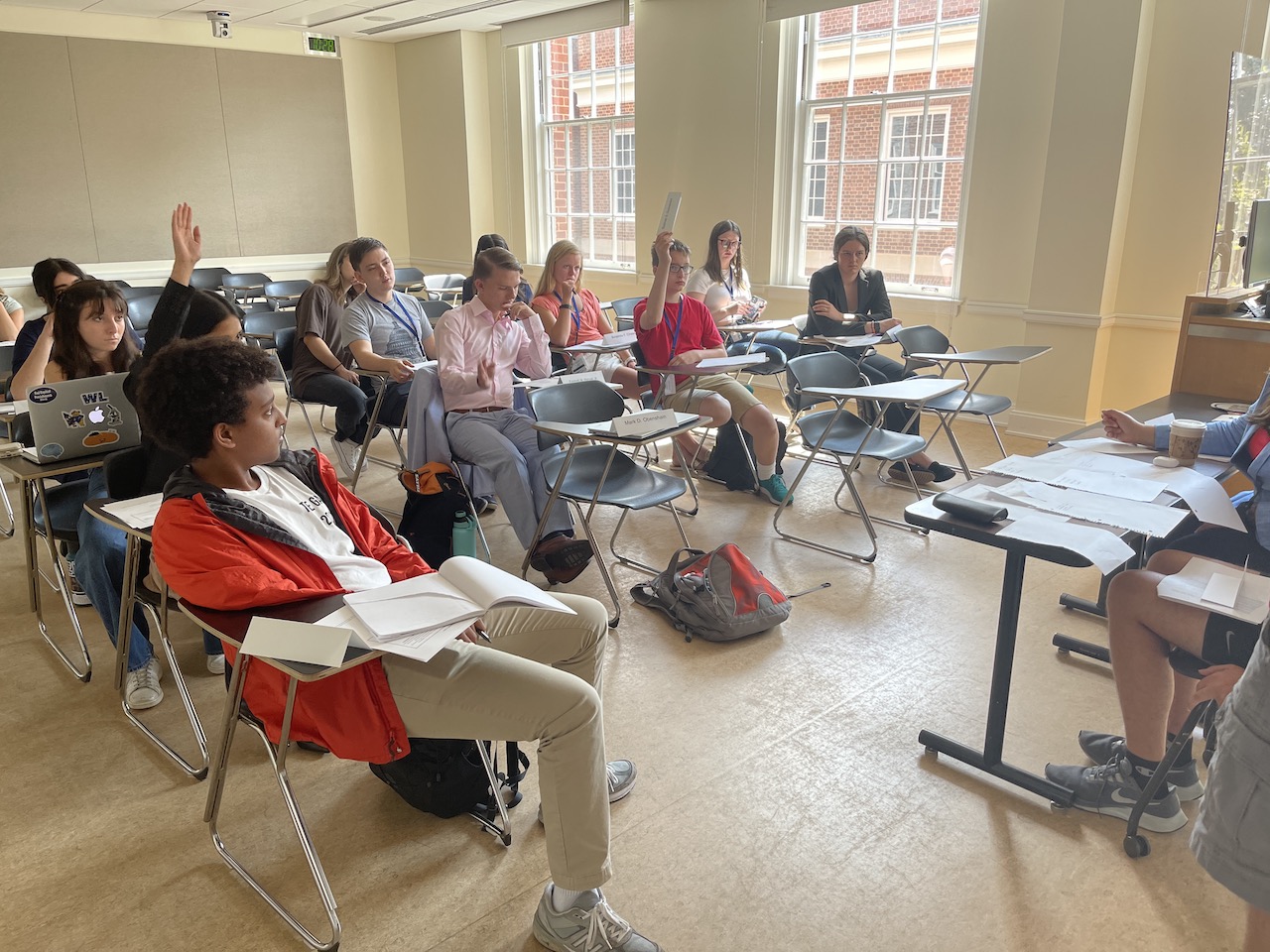