The day started as usual in the Gooch lounge. There was an unspoken consensus that we had all been up late working on our various projects the night before, so the room was a little more quiet and peaceful than normal. Nevertheless, we were all very excited for another day of speakers, activities, discussions, and more. When walking back from breakfast, we took an unexpected left turn and entered Ridley for today’s classes.

First, Ms. Gilbert, the Associate Director and Director of Programs for the Sorensen Institute, spoke to us about different types of ethical dilemmas and how to address them using the values-tactics pyramid. We spent the rest of the morning doing an ethical scenario activity in which four groups of kids were posed with one ethical dilemma and the other four groups were posed with a different dilemma, both based on real-life Virginia scenarios. Each group had to come to a decision about their dilemma and support it using the values-tactics pyramid. This activity involved plenty of debate and compromise. The scenarios proposed were detailed and complicated, so they more accurately reflected real, political issues. This made us feel more serious, and in some ways more enthusiastic about or task at hand because we could all feel like actual legislators, politicians, lobbyists, etc.

After lunch, we first heard from Mel Borja, the Worker Power Policy Analyst at The Commonwealth Institute for Fiscal Analysis. She shared some insights as one who studies collective bargaining efforts in Virginia, a notably “right-to-work” state. In addition, she shared some valuable stories from her time as a Governor’s Fellow under Governor Ralph Northam in 2018. Her unique perspective as a first-generation latina was incredibly impactful to hear from.

Next, we had a panel of contract lobbyists come and share about what they do in the General Assembly. The lobbyists included Randy Pearson and Elizabeth Parker from Two Capitols Consulting, Jeff Britt from McGuireWoods Consulting, Carter Whitelow and Chris McDonald from Williams Mullen. I thought it was eloquent how they described themselves as the “tour guides” or “translators” for Virginia politics. While the Virginia General Assembly is part-time, these lobbyists work full-time to research their client’s best interests and get their priorities through the legislature. We valued the time to get to listen to them as lobbying is certainly a career many of us are considering.

Finally, we had a college advising session from the Virginia College Advising Corps. As many of us have college on the horizon, it was useful to discuss the timeline and strategies involved with applying to college with a college adviser. Many students left feeling affirmed and more prepared for the application process.

Now, we are returning to Gooch to finish up the many materials that are due for our policy projects tonight. 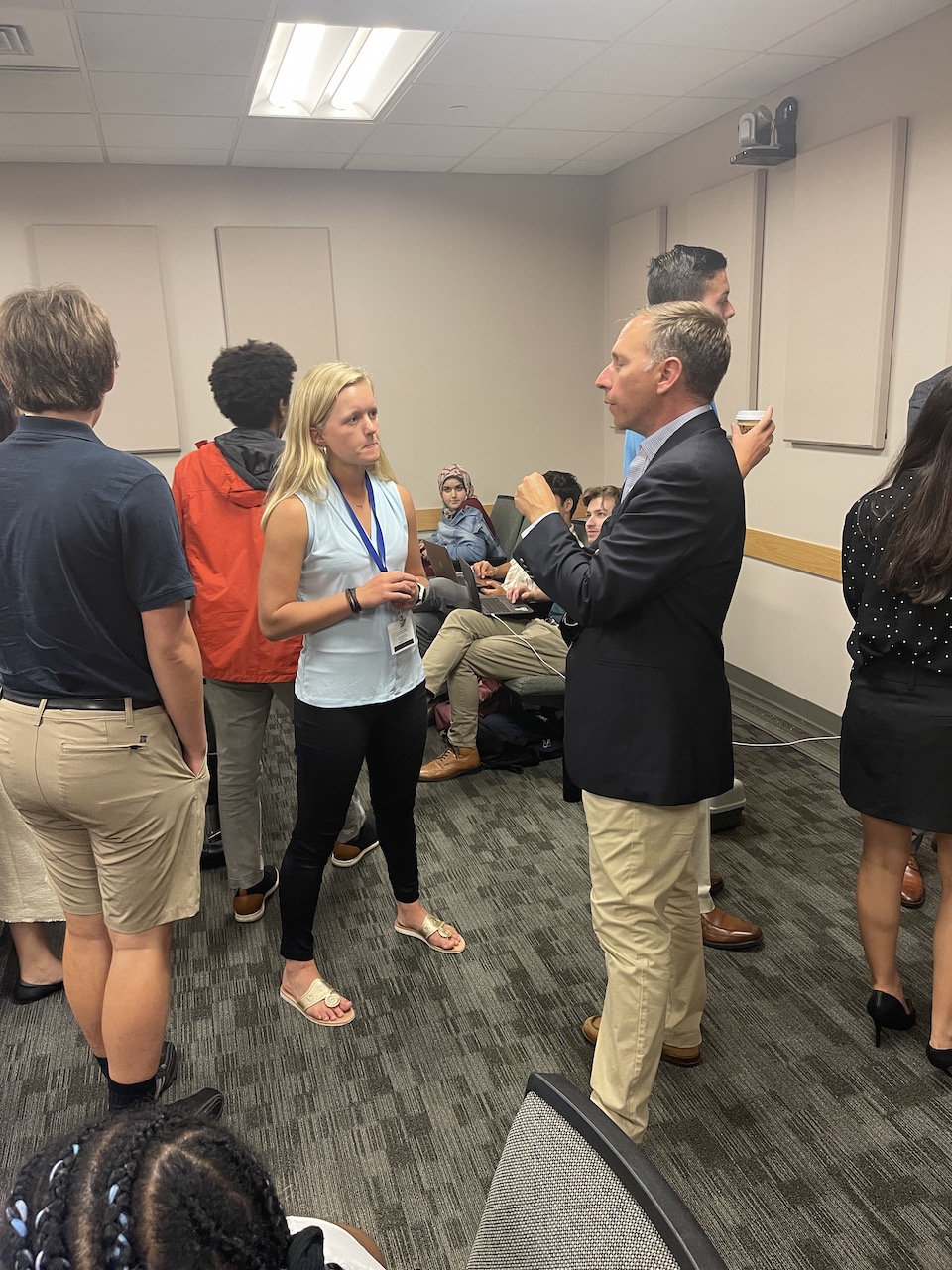