Today after a much appreciated Chick-Fil-A breakfast we took a field trip down to the Virginia State Capitol in Richmond. In the morning, we had some guest speakers including Ali Mislowsky, Jesse Lynch, Nicole Bruce Ogburn, Chelsea Johnson, Andreas Addison, Juliane Condrey, Josh Humphries, and Michael Jones. They spoke about the Virginia Public Access Project, and different positions within the state capitol, including being city council members, and employees of the attorney general. We met with fascinating members of Governor Youngkin’s legislative team which included his legislative director as well as the deputy legislative director. They told us about how they operated as his lobbying arm in the General Assembly. They also emphasized his personality and how he had a keen sense of humor. They described the governor as a very thoughtful person. An example they gave to display his thoughtfulness and thoroughness is how whenever legislators give him a bill or something to read, expecting him to skim over it, he reads it through completely and has many questions ready to go. They attributed his tediousness to his dedication to the office of the Governor and to his constituents. They said that his overwhelming encouragement was often contagious which led to a very positive work environment.

In the afternoon we took two tours, the first one being in the older parts of the State Capitol building. The first room was the original location where the Virginia State Senate used to operate from the opening of the building in the late 18th century until the building was expanded in 1906. The next room was the Jefferson room which contained a painting of Thomas Jefferson and learned about how Thomas Jefferson changed the architectural style from Georgian to Roman. After that, we visited the hall of Virginia presidents which contained a life size statue of George Washington, plus busts of every other Virginian born president and Marquis de Lafayette. The final room we visited during this tour was the old House Chamber. This was where the House of Delegates used to conduct day to day activities, and was the site of some popular TV show and movie scenes!

The second tour we all went on was of the office of Lieutenant Governor Winsome Sears, located in the Oliver Hill Building. While there we met some of the staff of Sears and the interns that were working there over the summer. We then took a short walk outside of the Oliver Hill Building to see the Virginia Women’s Monument, as well as the Virginia Civil Rights monument. The latter highlighted some influential Virginians we discussed in class, including civil rights leader Barbara Rose Johns.

Tonight is a busy night for many of the Sorensen high schoolers, as we perfect our policy projects for the presentations on Friday. At least we will have a comparatively late morning tomorrow! As HSLP student Sophie Dechant said, “In terms of everything being ok, it might be”. 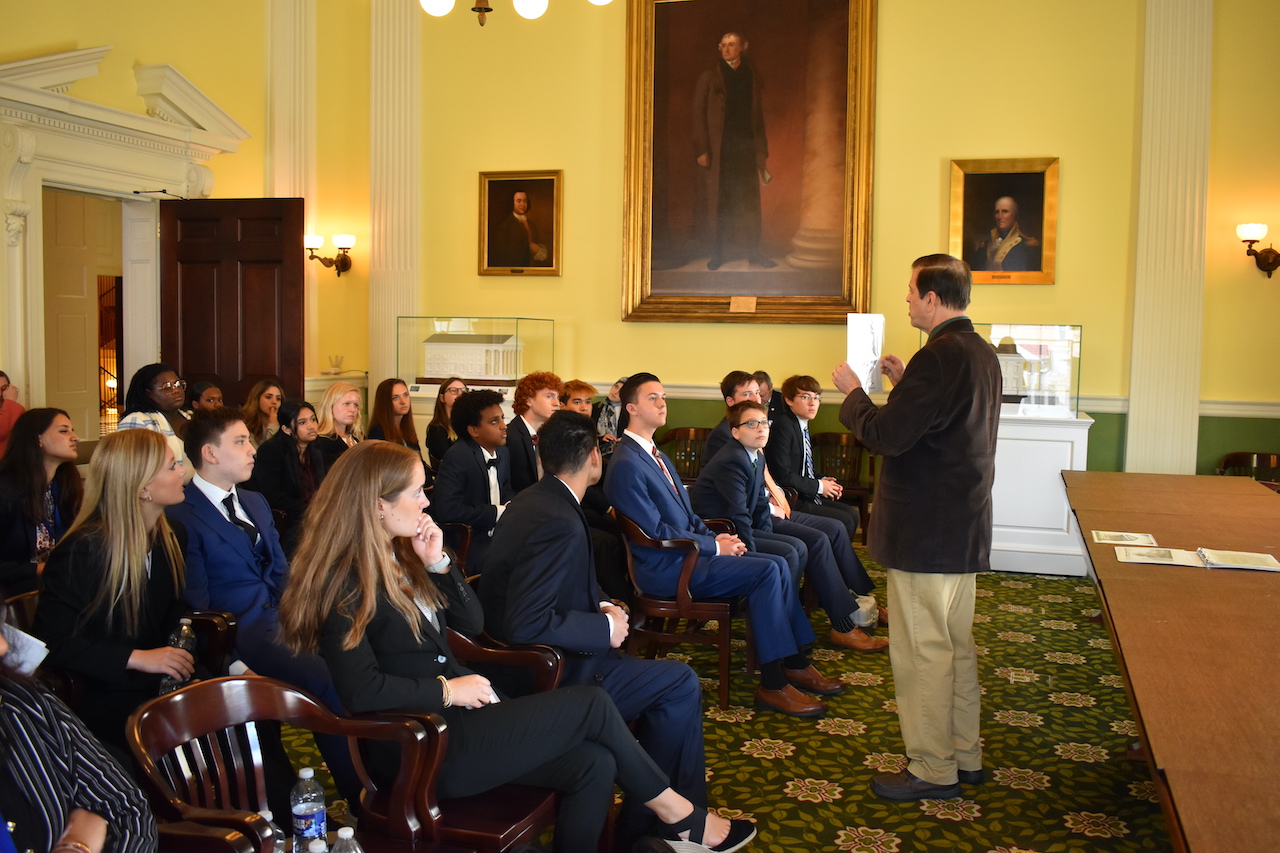