Day four of the 2019 Sorensen Institute High School Leaders Program (HSLP) was our second session in the classroom. For this session, the class unpacked Virginia’s political history from the Byrd Machine era through the present. The class was divided into five groups, each one tasked with teaching the class what they had learned from their assigned readings. Following some time to share and prepare, groups gave presentations to their classmates to finish out the second session of content. It was interesting to see how Virginia’s political coalitions have changed and shifted over time, and how Virginia’s political history continues to influence our political climate.

The second half of the day began with University of Richmond professor George Chieffo explaining the different roles of campaign staff, and how each person contributes to the overall health and success of a political campaign. Chieffo also fielded many questions concerning the different roles of critical campaign staff, including the finance coordinator and the campaign manager.

Following Mr. Chieffo, Brian Cannon from One Virginia 2021 discussed different examples of gerrymandering, how it can divide communities, and his organization’s pending constitutional amendment to help correct a bipartisan problem that has been growing in Virginia in recent decades. The next speakers were Thomas Turner and Alicia Foster, who shared their perspectives in leadership positions in the Young Republicans Federation of Virginia and Virginia Young Democrats, respectively.

The final speaker of the day was Frank Squillace, one of four staff members in the growing non-profit NETWORK2WORK, a program dedicated to putting people without a college education to work for a living wage. This organization is based out of Piedmont Virginia Community College. It has been extremely successful in its first two years, with 81% of participants employed, making $25,000 a year or more, and being able to provide for their own needs without dependence on any state-sponsored program or NGO.

To conclude the day, we walked to The Lawn to take group pictures and headshots, all under the picturesque backdrop of Jefferson’s Rotunda. Overall, our fourth day was a challenging and stimulating learning experience. We’re looking forward to what the rest of the program has in store. 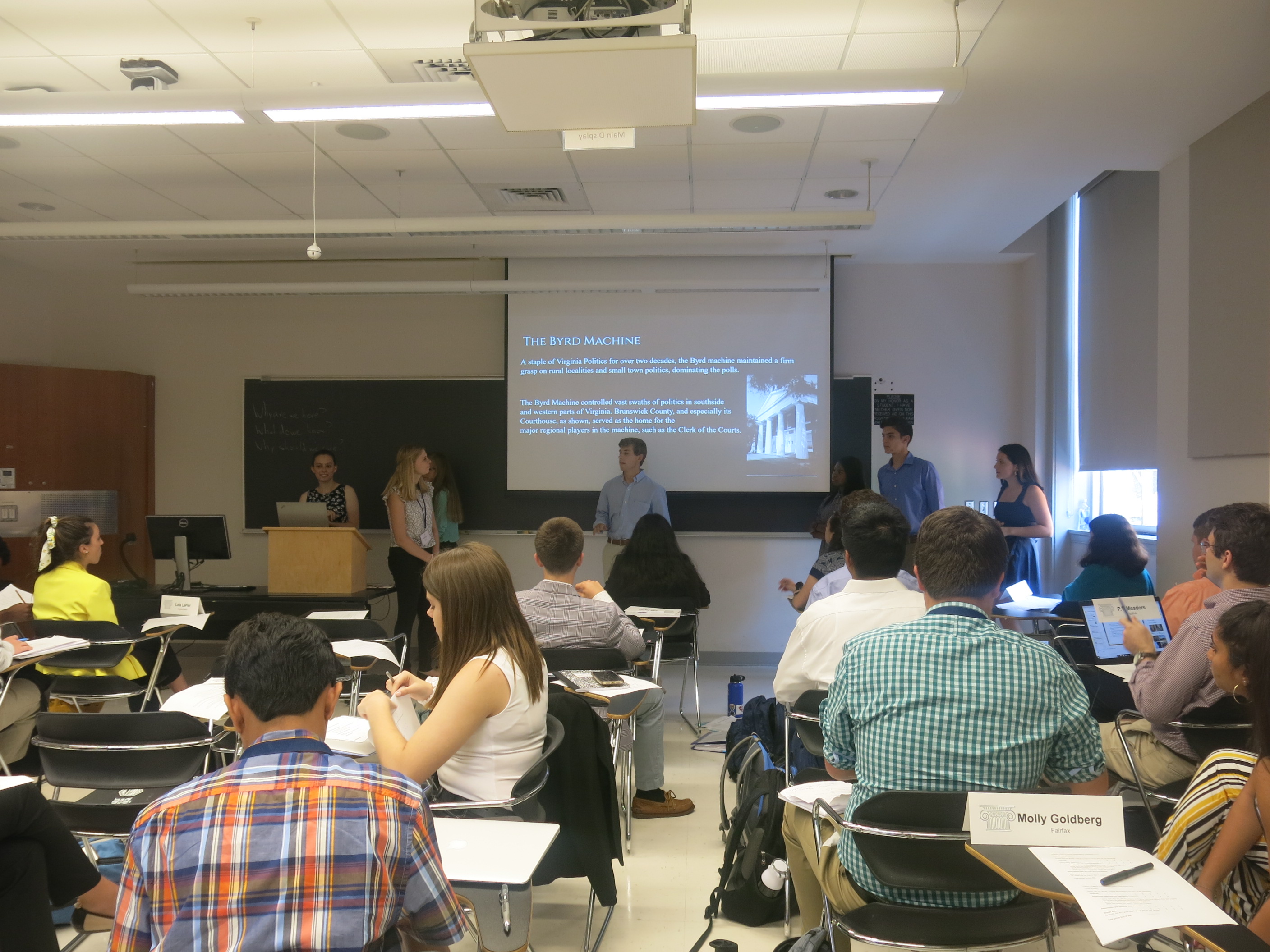