As we began the sixth day of the High School Leaders Program, we made our usual trek to O’Hill dining hall where we ate breakfast and many groups met to further discuss the details of their course-long policy projects. Soon after, we headed over to Clark Hall, where we separated into multiple “focus groups” that were made up of one representative from each policy project group and feedback was exchanged amongst our classmates. This was an incredible growing experience as we not only learned to justify our own policy when asked tough questions by others but also learned valuable new perspectives on the problems that face our state. After each person had been able to share with the group and hear their thoughts, we regrouped with our policy project groups and discussed the feedback we had each received. We all set to work on trying to answer some of the tough questions that had been posed and worked on refining our ideas and potential policies.

We, then, transitioned back to our desks and turned our attention over to Mr. Tim Longo,  who is an expert in public safety and policy. He is the former police chief of Charlottesville and has had real-life experience in the world of criminal justice for many years. He led us through several real-world scenarios that demonstrated the multifaceted and complicated world of policing. He also encouraged us to actively participate and set expectations for our local law enforcement. We were all so engaged in the discussion and as lunch rolled around, we found ourselves not wanting it to end.

After lunch, we heard from Mr. Sean Holihan of RAINN, which is an organization that supports and represents victims of rape, assault, and incest. He began a conversation among us about the challenges that face many women who have gone through these horrible situations and what we can do to help change the practices that hinder people from seeking justice, a conversation that did not end with his departure. Many students have continued to speak about this issue amongst each other and we are really trying to educate and learn from each other.

Mr. Tom Walls taught us our afternoon class and we learned about the structure of Virginia’s government in regards to the Virginia Constitution and explored the various changes that have been our government system over the years. We wrapped the class up with an interesting discussion of the division of powers within our state government. O’Hill was our destination once more for dinner and after, we had some much needed time to relax and meet with our policy project groups. All in all, it was a very successful day at the High School Leaders Program and as the first week is coming to an end, we are super excited to see what’s coming next. 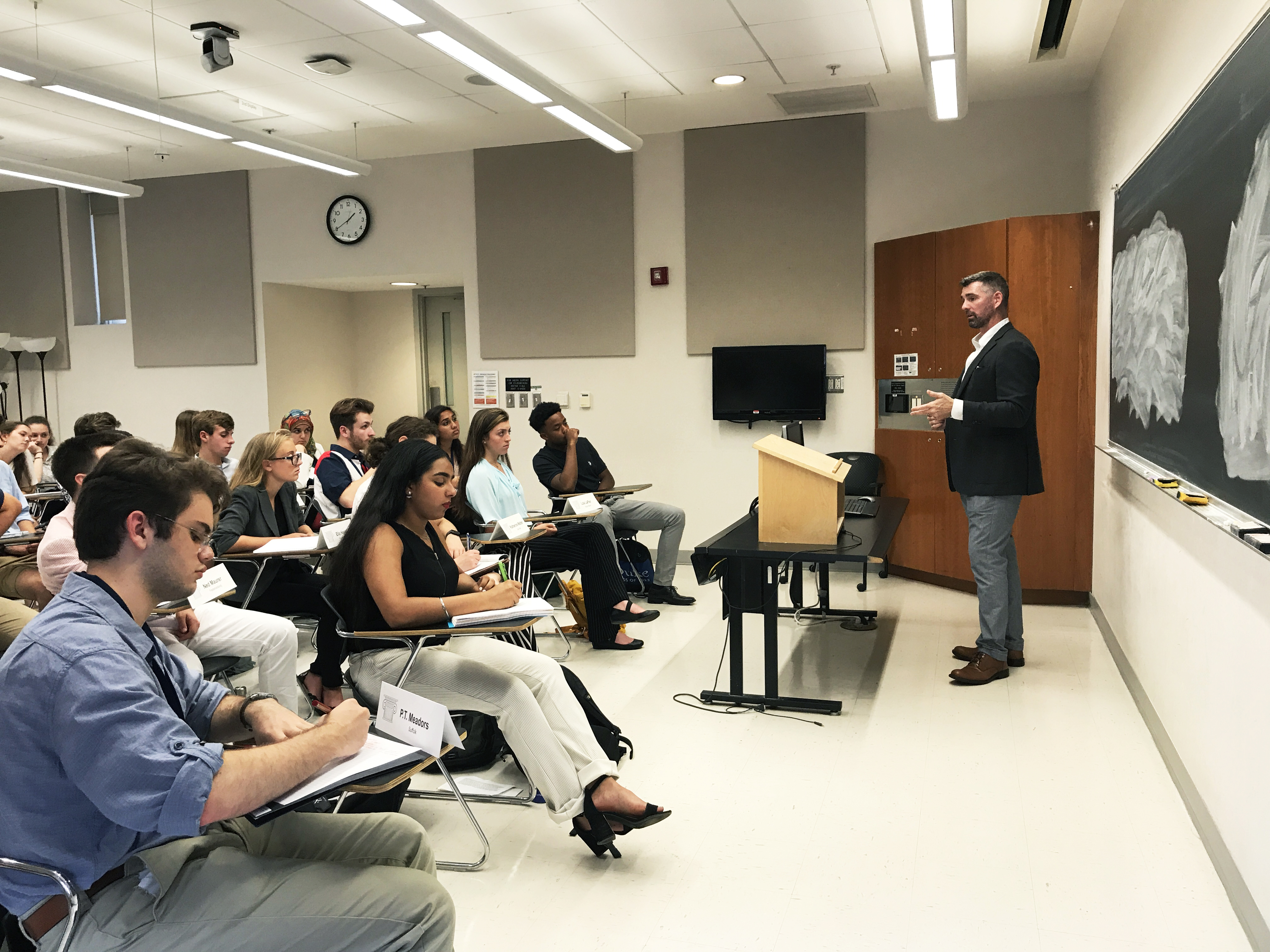